Hey everyone! Sorry this week’s post is a little late, I was gone last week on a trip and that has slowed me down a bit. However, my absence has not slowed down the potatoes I recently planted and posted about… those things have gone nuts! Most of them are now taller than the container and I added another full bag of soil. That won’t last long though, it already looks like another bag will need to be added this weekend!

So in approximately 3 weeks they went from little seed potatoes to full blown plants that are almost 2 feet high! yikes! We keep having to raise the light because they kept reaching it. For reference this container is 16.5″ tall, 21″ long, and 14″ wide.

Before adding the soil 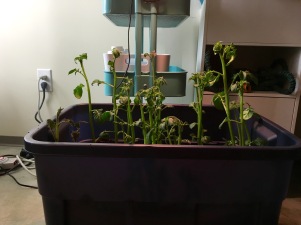 Taller than the box!

After adding a bag of soil

Now for a Denali update. She’s doing well, she still has her main leaf but it has basically stopped growing. That little sprout though is turning into a second leaf and it has grown! It is now 4.25″ tall and getting thicker/wider as well. I shall keep watering and feeding until she decides to go dormant, but until then it looks like we’ll have two leafs again!

That’s all for now folks, I’m going to go continue recovering from traveling and catch up on my gardening. It may not be outside but it still knows it’s spring! Stay green! 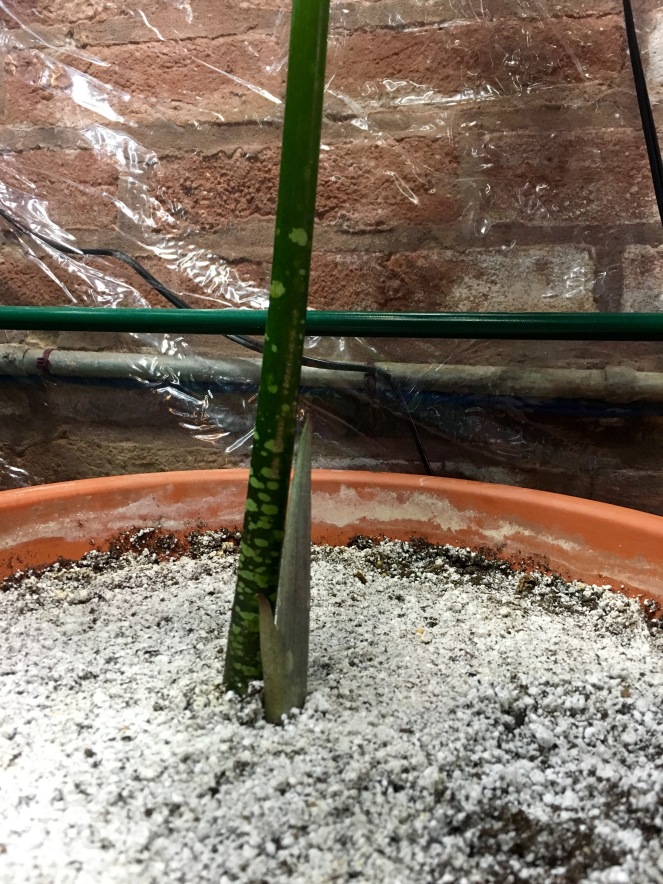