Hello from the other side! The past few weeks have been pretty hectic as we moved to another place about 30min away. It was around 30° the day of the move and I was worried about trying to move the plants, especially Denali, during those temperatures. We wrapped her in a plastic trash bag to try and keep the heat in. Well, it’s been two weeks since the move and Denali seems to be doing relatively well.

Since my last post, the secondary leaf that wasn’t doing so well did indeed end up dying. I’m ok with this fate because the main leaf has remained, looks relatively healthy, and continues to grow, the second leaf was just a bonus.

I’ve set Denali back up in the green house with her own heat pad, light, and bowl of water to up the humidity. The temperatures inside the green house have stayed around 70° so that’s good. I worry that the humidity isn’t where it should be so today we put a small humidifier in with her and will run that for a little while to try and boost it. (but not too much!)

Now on to everyone’s favorite question…. how much has she grown?! Well when I first received her I made the mistake of measuring from the pot that she was mailed in and not after I planted her. Because of this I have to estimate how much she’s grown over the last month. My estimation comes out to around 3″ conservatively over the past 4 weeks. I know, not very scientific of me. SO, as of today she is 15.25″ from the base of the dirt to the base of the cluster of leaflets. As you can see from the pictures the leaflets did indeed lower, as they should, and were horizontal for a little bit and now they’re droopy. I thought she might be going dormant but she continues to grow and has been like this for two weeks now so I’m not sure it’s dormancy time yet. We’ll just have to wait and see! In the meantime for inspiration I’ve been reading Aroids: Plants of the Arum Family by  Deni Brown. She has a whole chapter dedicated to titans!

Below is the second leaf dying away. 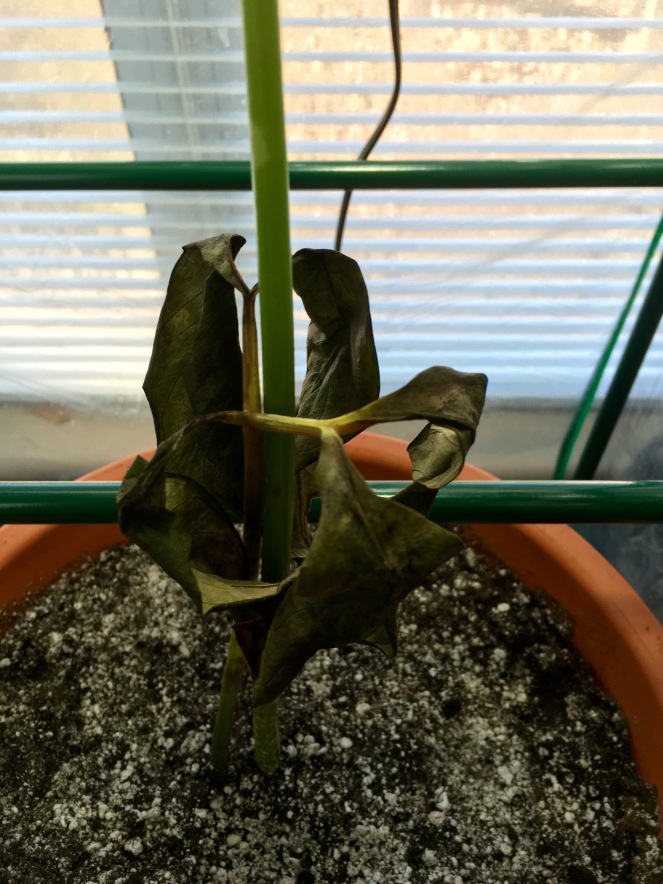 Denali in our new home! 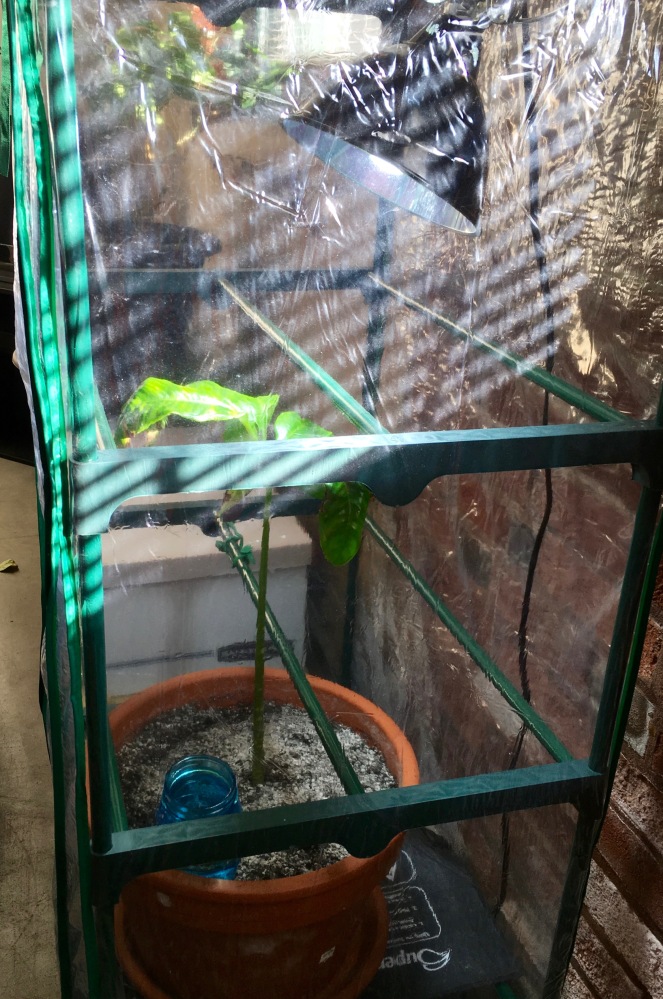 View from inside the greenhouse. 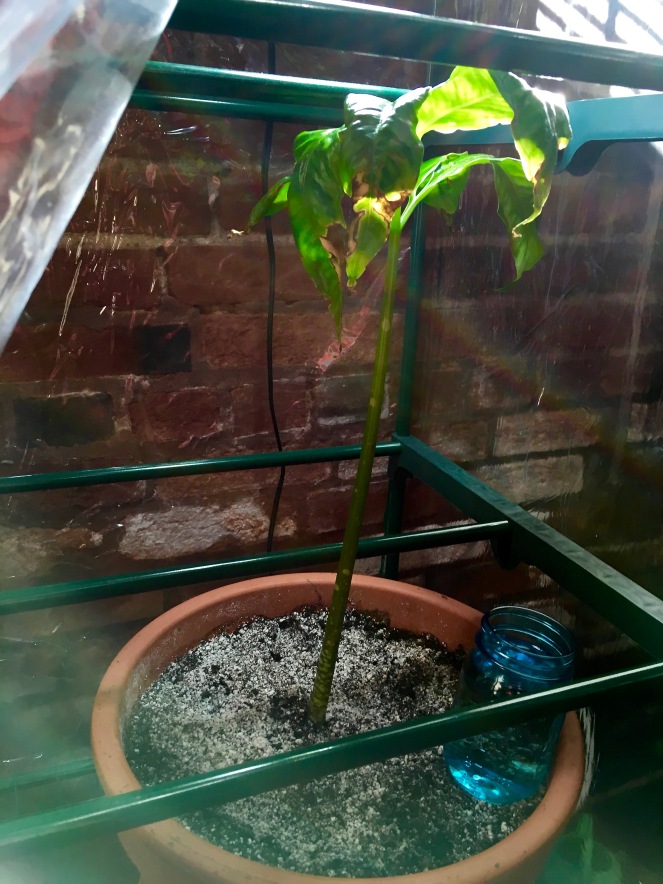 Leaf damage sustained while being mailed. While these leaflets won’t heal this damage, it shouldn’t affect the growth or health too much. (And it doesn’t seem to so far) 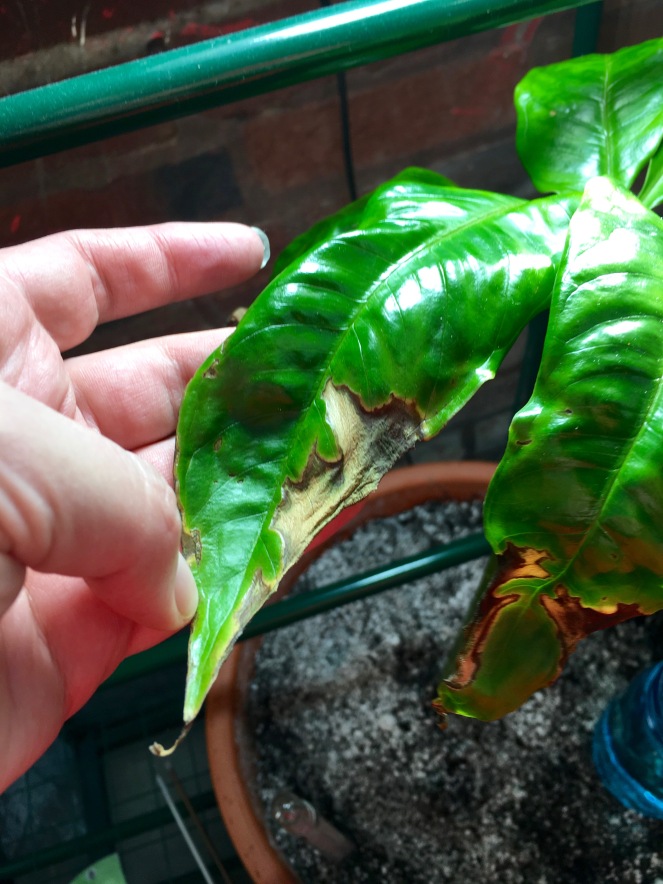 View from the top. The longest leaflet is 7″. 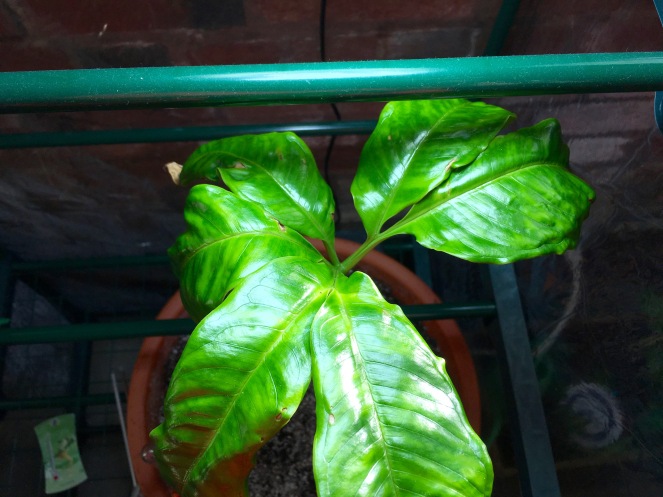 Leaflet is ready for her close up! 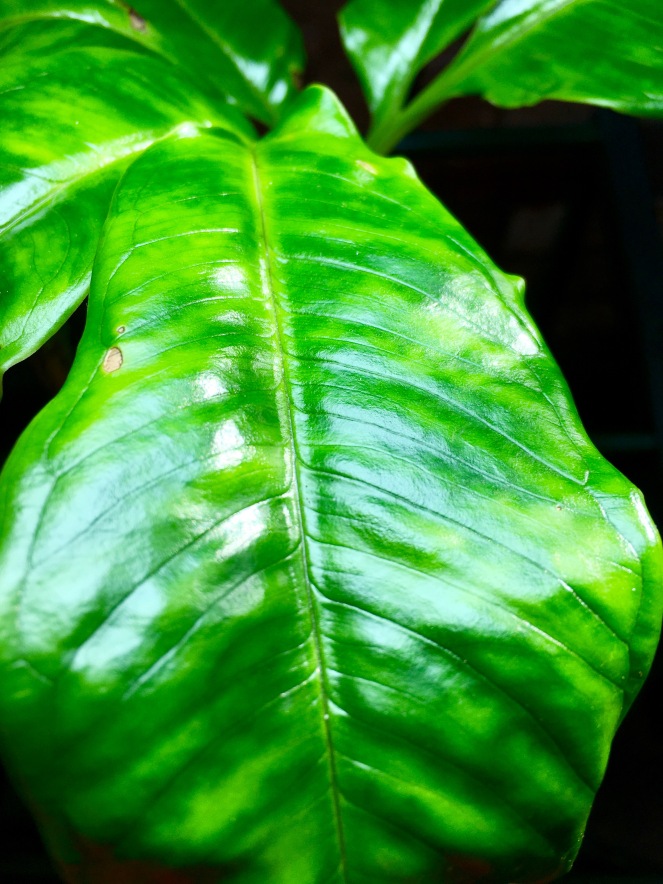 One thought on “Surviving the Move”